On the 27th and 28th of January 1986, Third Spain borrowed a 4-track Tascam Portastudio and installed it at drummer Rick Joslin's waterside residence at Manadwyn, Menai Bridge with the intention of recording a potential follow up to their debut album, released a few months previously. Tascam had introduced the Portastudio a couple of years earlier and it was beginning to revolutionise the music world, but this was Third Spain's first encounter with such technology.

Over the two days, the group managed to record seventeen songs, all written since the release of the LP and Rick's subsequent joining the group. Half way through the recording, news came in that the space shuttle Challenger had exploded on take off, killing all seven astronauts on board. This event cast a sense of foreboding over the recordings, as can be heard in the slightly ominous ambience of some of the songs.

Despite the relative economy of the new recording technology, it's interesting to note that the group still felt it necessary to condense their twenty minute live epic The Old House by the Sea into a mere three and a bit minutes in order to save tape! In the end, none of these songs were actually released and indeed got superseded by a whole new set within a couple of months. Indeed, despite the wealth of excellent material, Third Spain were never to release any further official material during their lifetime. The recordings presented here and previously here, provide a valuable archive and rare insight into one of north Wales most semi-legendary groups.

In 2012, Rick chanced upon an old cassette which he found to contain the original 4-track recordings of six of the songs from the session. These have been remixed with the aid of 21st century technology and appear here in both 1986 and 2012 mixes. Should any further multi-tracks surface in the future, further remixes will also appear here.


all songs by Third Spain

Posted by the archivist at 13:58 No comments: 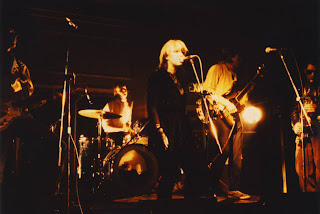 About time for some more A Silly Tree and this time we've dug out their four final live performances, all from the Summer of 1981. These concerts feature much the same material as the previously posted session from 7th June, but in a live context they tended to stretch out and breathe, while also possessing a greater immediacy. 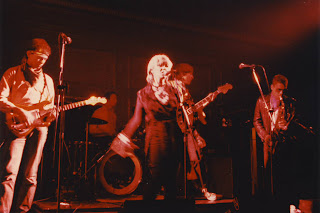 At this time the group were experimenting with richer textures to flesh out their sound, initially with ex-Inadequates/Verbs/Some Noise frontman Scott Saunders guesting on organ, and then with Phil Layton on saxophone. These concerts saw a relaxed group, throwing in the odd cover version and even digging out the old Zuggs classic Truprint for the 19th May concert. It was also a period where drummer Mark Creathorne was really coming into his own as a songwriter, and many of his compositions peppered the sets. 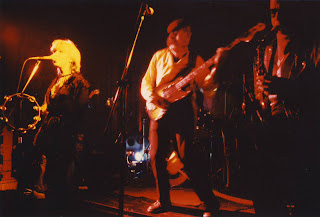 For the group's final concert, at Plas Coch in Llanedwen on Bastille Day 1981, A Silly Tree were back down to a core quartet and went out with a blistering set that even included a drum solo! During the 11 months that the group existed, they played only 15 concerts, but nevertheless left a legacy that changed the course of the Bangor music scene for ever. 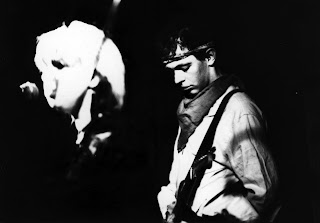 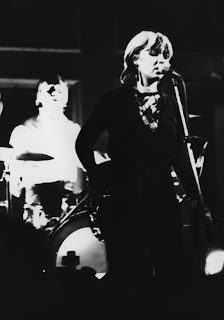 get it here
Posted by the archivist at 08:46 No comments: