Sorry about the recent lack of posts. Rapidshare recently changed their system and have become totally rubbish. Just as soon as we back up all the previous files and rehouse them with a different server, normal service will resume.
Posted by the archivist at 04:01 5 comments:


Most people with an interest in the north Wales music scene will be aware of the mid-80s group Third Spain who released an LP on the Central Slate label in 1985. Not everyone will be aware however of a completely different but identically named group who existed five years previously.


The original, and in many ways superior group was a trio of Alan Wilkinson on drums and vocals, John Cratchley on bass and vocals and Scott Saunders on guitar and vocals. This group was a decidedly more 'arty' group than the later, more rock-orientated combo, with live performances all given individual names and showcasing material specially written for the event. Programmes were given out at the performances and it is these programmes that help us piece together the history of the group, as only a few of the performances were ever recorded. We have managed to locate recordings of 'An Implicit Threat' from Plas Coch on 23rd September 1980 and 'The Death of a Myth' from the same venue on the 2nd December 1980, the latter being billed as the group's 'final performance' and unusually, comprising a 'greatest hits' set of material that had been previously performed at other shows. However we have also unearthed a 'reunion' event from 22nd September 1981, where the group got back together to support the Miaow Beasts at Plas Coch.

Further programmes found in our archive reveal events titled 'Welcome to September', 'Another Spiffing Wheeze' and 'An Invitation to Dance', none of which appear to have been recorded. We have however found an undated short three song set by the group that appeared to be part of a multi-band show at Plas Coch which also featured Distant Cousins, Fay Ray, The Verbs and 9½.

It appears from the programmes, that in addition to the core trio, Third Spain were on occasion augmented by guests that included Mark Thomas, Alan Holmes and Martin Wilson. Alan (Holmes) and Scott were of course to be reunited in the later Third Spain, who even covered the original group's 'In the Twilight' for their 1985 LP. When the compilation cassette 'Dark Steps/Waiting for Light' was released, members of Third Spain and A Silly Tree combined forces to perform their contributions live at the launch party on 31st March 1981. This 'supergroup' was referred to on various promo materials as Third Tree, Silly Spain and Hispanic Arboreals.

In 1980, Sarah temporarily left Bangor to tour Australia and New Zealand for a few months, leaving her room at 32 College Road vacant. Never ones to miss an opportunity, her housemates seized the chance to turn the space into a temporary recording studio, with John Cratchley (resident of the room directly above Sarah's) installing all manner of microphones and recording paraphernalia in the abandoned room. For several weeks, every visiting musician was dragged into the room and encouraged to 'perform'. The results of this project eventually saw the light of day on a cassette on the Black Vinyl Tapes label appropriately titled 'Sarah's Room'.

Between Autumn 1980 and Spring 1982, weekly music nights were held upstairs at Bangor's Glanrafon Pub every Friday. Generally these would feature a couple of local or visiting acts playing regular sets in a friendly pub style environment. Sometimes however, these nights were augmented by more elaborate theme nights where special one-off performances were presented, never to be repeated. We have already uploaded one example in the "Psychedelic Night" from 27th October 1981, and now we are pleased to dig out another of those 'special' nights from our archives.

Dating from earlier in 1981 - the exact date is lost in the  mists of time, although was most likely around April, A Path to Follow drew on a pool of mostly Bangor based musicians who collaborated in various combinations during the evening. Although loosely thematically linked, the evening's six distinct sections covered a wide range of styles, taking in jazz, country, industrial electronica, psych rock, neo-classicism and even medieval mystery plays.

The Travelling On section of the evening was performed by an early incarnation of The Ghostriders who at the time were a duo of Dav Devalle and Rob Parry, augmented by tapes of 'found sound'. A particularly rare treat lies in classical guitarist (and ex-Some Noise bassist) Martin Parry's beautiful compositions for the Steps section, arranged for his own guitar and Rebecca Ward's violin. The programme, reproduced here, lists a second medieval mystery play as part of the running order, but there appears to be no recording of it... perhaps it was dropped due to time restrictions.


Fiona and Gorwel Owen have been central figures in the Welsh music scene for around 35 years, through their own music with Sgidia' Newydd, Eirin Peryglus and Plant Bach Ofnus as well as their invaluable contribution to the likes of Datblygu, Super Furry Animals, Igam Ogam, Ectogram, Gorky's Zygotic Mynci, Rheinallt H Rowlands, Pop Negatif Wastod, Ffa Coffi Pawb, Cut Tunes, Vaffan Coulo, Fflaps and many, many others who had passed through their legendary Ofn studios in Rhosneigr and Llanfaelog.

In 2002, they released an album under the name Pondman that stood in stark contrast to their previous pioneering electronic work, comprising as it did, a selection of beautifully arranged subtle low-key acoustic songs. In Between saw Gorwel forsaking his trusty mini-Moog and Akai S3000XL in favour of the more pastoral tones of the acoustic guitar, weaving a delicate lattice around Fiona's ethereal and richly poetic voice. An all-star cast of guests helped out on the album, including Wales' leading exponent of the ancient crwth, Cass Meurig, noted jazz double bassist Owen Lloyd Evans and various members of Gorky's Zygotic Mynci.


The record was released on the couple's own independent label Yamoosh! and immediately drew enthusiastic reviews:

‘Suitably for people whose operations are so out of the trend-loop, this is a deeply, often thrillingly unique record’ – Noel Gardener / Honk
‘This is a fantastic album. In Between is full of beautiful pastoral melodies and feedback/drone sun-drenched backing’ – Wil Williams / SNOG Online
‘Creadigol ac ysbrydoledig’ – Catrin Dafydd, Golwg
‘Strange goings on in deepest Wales, extemporised pastoral psychedelia’ – Taplas
'Imaginative, low-key and finely judged … always beautiful and sometimes profound’ – Malcolm Lewis / Planet

There was a six year wait for the follow up Spring Always Comes, for which the couple retired the Pondman name, crediting it simply to Fiona and Gorwel Owen. The album was well worth the wait and every bit as good as In Between. More recently, they recorded a session for Adam Walton's excellent Radio Wales show in 2012, which can be heard here.

Fiona and Gorwel have now decided to make In Between available to stream for free, so check it out below and if you like what you hear, maybe buy a physical copy or/and Spring Always Comes from Palas Print, Spillers or Sadwrn.

hear it here
Posted by the archivist at 07:31 No comments:

Alasdair Bouch is not strictly Welsh and indeed is now based in Prague, but he did begin his musical career while in University in Bangor. Not only did Alasdair (affectionately known as Ali B... well before the existence of Ali G) work in the legendary Cob Records, but he was also responsible for turning upper Bangor's Greek Taverna into a music venue back in the early 90s. His tireless promotion of live music in the town created a platform for many of the area's young musicians to showcase their talents (or lack thereof). To this day, the Greek Taverna remains a vibrant venue for upcoming local musicians thanks to the work of Ali B.

Since leaving Bangor and relocating to Prague, Alasdair has released three excellent CD albums, ranging from the alternative folk-blues sound of his debut First Person Singular, via the raw soul power-pop of Second-hand Lullabies to his recent Third Time Lucky which beats in a old-school rhythm 'n' blues vein, shot through with classic drivetime rock and ballads. Over the past few years he has played 457 concerts across Europe!

Whenever Turquoise Coal finds itself in the Czech Republic, we never fail to hook up with the talented troubadour for an evening of pivo and reminiscence, as we did most recently last month.

Here's a great new video for Alasdair's song Bed of Happiness - you can't go wrong with a Trabant in a video... unless, of course you're U2!

Alasdair's three albums are available for sale at concerts, or as downloads from iTunes and other digital outlets.
Posted by the archivist at 10:46 1 comment: 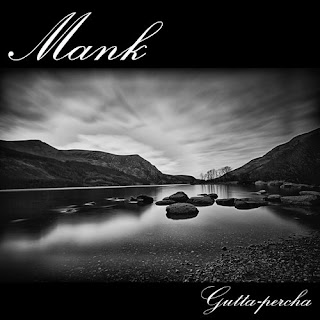