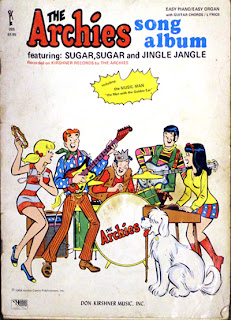 OK... been a slow start to the year so far, but we've actually had a request for this one, so we'll get one January post in at least! This recording is apparently a big favourite of Pontardawe's foremost cultural commentator and Welsh rock scene legend Gari Melville... so this is for him and Nia.

While on their way to cut the master for their debut LP "Amhersain" in London in 1988, Fflaps suffered an unfortunate accident on the M6, when their trusty tour van's brakes failed and they careered into a tree. Driver and bassist Alan Holmes was subsequently hospitalised with a dislocated hip and was out of action for some months. During his time in hospital, ex-Fay Ray and Hot Water (and subsequently Banda Bacana) drummer and owner of Cob Records Owen Hughes was among his visitors. Rather than add to Alan's growing stockpile of grapes, Owen brought him a songbook featuring the words and music to the debut LP by 60s cartoon bubblegum group The Archies. As with most people, Alan was only really familiar with the group's October 11th 1969 number one hit single 'Sugar, Sugar', but was intrigued by their lesser known songs that featured in the songbook. 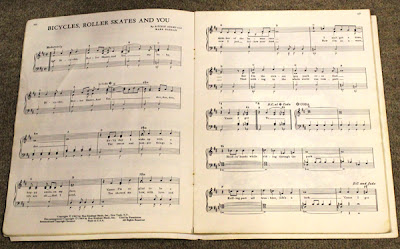 Once discharged from hospital, Alan had a lot of time on his hands while recuperating and so decided to record a series of interpretations of The Archies' catalogue... without having actually ever heard any of the songs. Drawing on his very rudimentary understanding of musical notation (having dropped music at school in the 2nd form), he pieced together these recordings using only a guitar and a Yamaha SHS-10 'keytar' from the notation in the songbook and then released the results on cassette, still without having heard any of the originals.

It would be over a decade before Alan actually found a copy of the original LP by the Archies and was able to hear the original versions at long last. He was reported to be very satisfied with the way his 'blind' covers compared with the originals, considering many of his versions to have surpassed the originals! 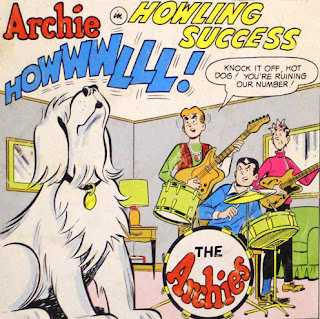 1 Bicycles, Roller Skates and You
2 Circle of Blue
3 Don't Touch my Guitar
4 Kissin'
5 Catching up on Fun