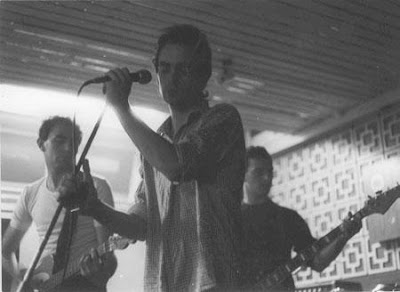 Between 20th June 1985 and 9th October 1986, Third Spain played 29 gigs, during the course of which they performed 48 of their own compositions, and released one self titled LP on Central Slate Records (SLATE 2).
Emerging Phoenix-like from the ashes of Reinheitsgebot when drummer Mark Thomas left that band, Third Spain performed their first four gigs with either a drum machine or guest drummers, until Rick Joslin completed the line-up in October 1985. Their only officially released recordings were actually made before Rick joined, and featured guitarist Maeyc overdubbing the drums afterwards! In fact the final track on the record, 'Winter' was actually a Reinheitsgebot recording, salvaged from an unrelease session the group recorded in Bath in May 1985. 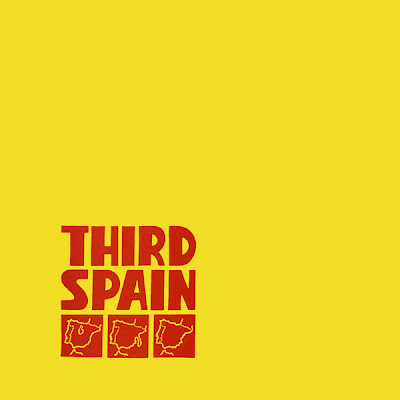 Despite picking up numerous plays from John Peel and Andy Kershaw on their respective BBC Radio 1 programmes and gaining a glowing review in "Sounds" magazine (who described the record as "underground music for subterranean people"), the group somehow managed to completely evade a brush with success.To avoid confusion, it should be noted that a completely different group with the same name also existed in Bangor during 1980. This group also included Scott Saunders but was otherwise totally unrelated. Their recordings will be posted here in due course. 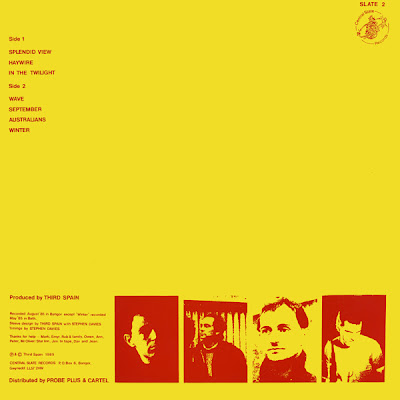