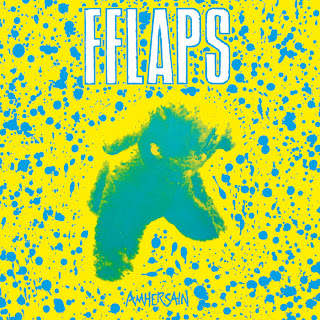 Following EP airplay and a session on John Peel's Radio One show, Fflaps were approached by Geoff Davies of Liverpool's Probe Plus Records in April 1988 with an invitation to record an LP for his label. The group booked themselves into Les Morrison's Unlucky Søn studio in Bethesda and recorded their entire live repertoire over a three day period between 25th and 27th April. The results, which can be heard in their original unreleased form here, captured the group's live sound of the time admirably, but Geoff was slightly unconvinced, believing that the recordings could benefit from further work.

Having a busy schedule during the Summer, including their debut gig outside the UK - at KOB in Berlin, in addition to performances in Deiniolen, Penmon and Newport, the group put the album on hold for a few months as they concentrated on live work.

The group travelled up to Liverpool with the master tapes on October 6th and spent a day in Sanatorium studios with engineer Kevin Wright adding overdubs (including a track of cutlery on one song!) and remixing the material until it was to both Geoff and the group's satisfaction. The following week, Fflaps were due to play in London and so Geoff booked in an LP cut to coincide with the gig so that the group could be present to supervise it. Ann went down on the train while Alan and Jonny drove down in the group van with the gear.

Unfortunately the van never got to London, crashing on the M6 and leaving Alan hospitalised for several weeks. Ann soldiered on however and ensured that the record was mastered properly (a legendary 'Porky Prime Cut', no less!) and Probe Plus' resident artist Steve 'Jacuzzi' Hardstaff (Led Zeppelin, Strawbs, Half Man Half Biscuit etc...) designed the sleeve, collaged from images supplied by the group together with his own. The cover looked great apart from the fact that the explanatory notes the group had supplied had been mixed up and were now designated to random songs! - see if you can match up the correct notes with the appropriate song!

The LP came out in November and was well received by the press, and again had plenty of airplay on John Peel's programme. Although not exactly a big hit, the entire pressing sold out and as a result, copies are quite hard to find these days. 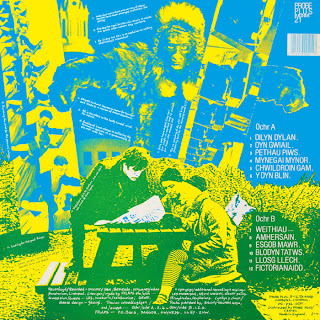