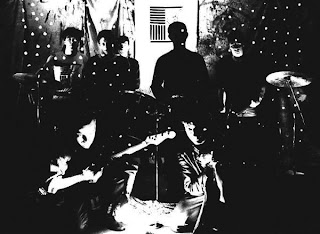 Although Cut Tunes were quite well documented on three official releases for the Central Slate label, general consensus is that, splendid though those releases were, their awesome live power was never truly captured for posterity. We have unearthed some rare recordings that go at least some way to rectifying that.

First off, we have a rehearsal tape from 1986, capturing the group at the very peak of their power. In just over a decade of existence, Cut Tunes went through an astonishing 23 members, with only leader Gary Cut remaining a constant fixture. Of the myriad of line-ups, Gary often cites the 1986 version as the definitive one, although sadly not one to have made it into a studio. This may not necessarily be a bad thing as the group were not particularly suited to the sterile studio environment, and this excellent quality recording of a group practice arguably sounds better than any of their official releases.

In the few months since the release of their debut 12" EP , the group had lost wind section Ann Matthews and Jim Prosser along with founder member and multi instrumentalist Alan Holmes. In their place were keyboard player Pete Townshend (no, not that one) and drumming duo Steve Tate and Nick Hadley. This greater emphasis on the rhythm section propelled the group to new dynamic heights, and after support slots with Here & Now, Yeah Yeah Noh and Mud, they seemed destined for greater things. However, this was sadly not to be, and it was to be another three years before yet another line-up was to record the next official Cut Tunes release, the mini LP 'Strange Drum'. 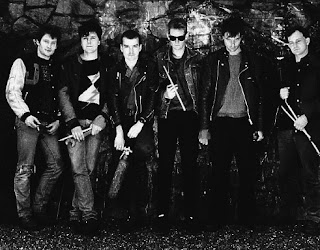 all songs by Gary Cut except track 3 (Vega/Rev)