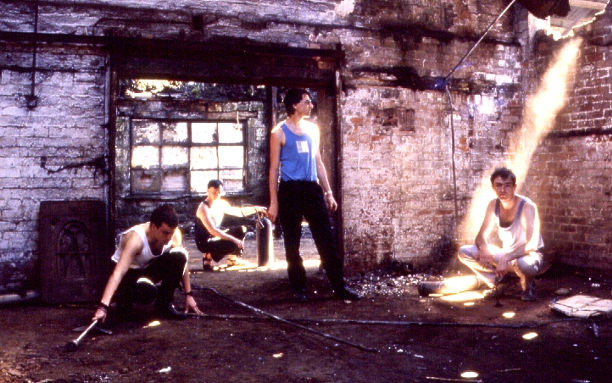 Here's another missing piece of the Cut Tunes jigsaw, capturing one of their very first gigs, somewhere in Bangor (possibly the University Students Union) in early 1984. The set was pretty typical for the time, featuring a more experimental and industrial sound than displayed on the group's records. The songs are pretty much all unreleased, although a radically different version of Eat The Dog, Eat!! would eventually appear on 1989's Strange Drum LP and a formative duo version of See Him!!! Draw (Zip Zap Zap) appeared on the 1983 local compilation Just When You Thought We Were Dead.

Along with the previously posted 1986 demos, this recording shows just how vital a group Cut Tunes were at their peak, something that is only hinted at on their official releases. 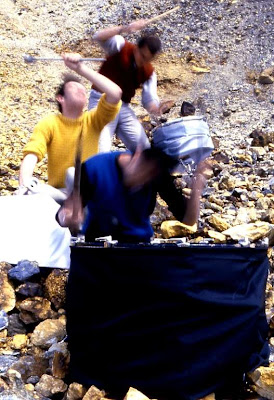 all songs by Gary Cut