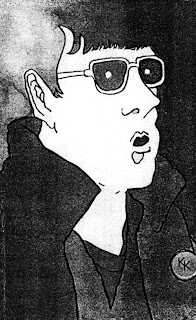 When Anglesey new wave combo Straightjacket split in 1981, keyboard player Dewi Evans decided to go solo as The Casio Kid. He played regular gigs in the area, often at Plas Coch in Llanedwen or The Glanrafon Pub in Bangor, performing his infectious synth pop songs on his portable Casio keyboard. Although synth pop was catching on nationally at the time with the emergence of groups like Depeche Mode and Soft Cell, the north Wales scene was slow to embrace the new technology, generally clinging on to more traditional guitar based rock of one variety or another. Dewi however was ahead of the pack, and thanks to the pioneering work of the Casio company in introducing portable and affordable synthesisers to the market he was able to perform live without the encumberance of other musicians.

His first official release was an appearance on the Gwynedd Union of Musicians compilation 'The Adventure Continues', which rounded up much of the music that had been heard live in the Bangor and Anglesey area between March 1981 and March 1982. At the time, he was also a member of the legendary Alun Rhys Jones Task Force, an extended line-up of The Alun Rhys Jones Band, with who he performed a memorable gig in Bangor's Glanrafon Pub on the 13th August 1982. 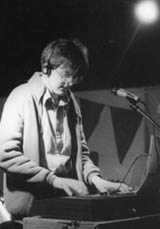 Pleased with the response to his live shows and compilation track, Dewi decided to record an album of his songs. He got in touch with Alan Holmes, guitarist of the recently disbanded Pinecones and recorded six or seven songs at Alan's home studio between August and November 1982. In order to expand the tonal colour of the songs, Dewi invited a few friends to guest on the album, resulting notably in the extraordinary, if somewhat out of character, extended jazz composition 'Take It or Leave It' - clearly Dewi was no one trick pony! The studio recordings were augmented by a pair of songs recorded live at Plas Coch on May 18th that clearly required no further adornment. When the album was released in early 1983, it appeared under the slightly altered name The Kaseo Kid, due to Dewi's nervousness of possible copyright litigation from the electronics company!

The album was a resounding success, housed in a futuristic dayglo yellow cover that echoed Kraftwerk's contemporary 'Computer World'. The music inside perfectly melded classic pop teen angst with space age robotic rhythms in a manner that put to shame all the area's retro obsessed pub rockers. 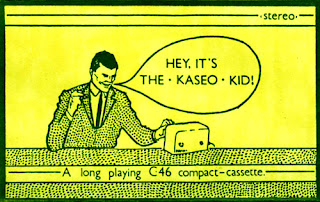 A year later, Dewi released a second album, this time under his own name. Oddly though, 'Blank Expression' was not so much a follow up to 'Hey, It's the Kaseo Kid!' as more of a remake/update of it. The album's eight tracks included new versions of five of the previous album's songs, along with two new compositions and a cover of The Ominous Dr Clip Clop's 'Jingle Jangle Girl'. It seems that Dewi had been unhappy with the versions of the songs on the first release and decided he could now do them greater justice. In retrospect, he has intimated that perhaps this move was a mistake and that now he actually favoured the earlier versions, which for all their naiveté seemed to possess a youthful vibrancy absent from the more considered follow up. Here is your opportunity to compare the two versions and decide for yourself! 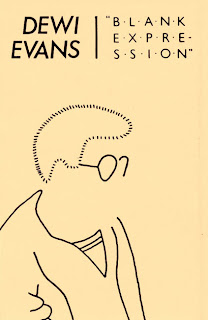 Dewi of course later went on to work in such noted acts as Go Johnny Go, Mass Reaction, Technomania, Silo 7, Paul Murray & Easy Street, Aquarelle, Rheinallt H Rowlands, Cut 23, The Daylight Alien and Parking Non-Stop as well as guesting with the likes of Fflaps, Ectogram, Wrightoid and John Harley. He also wrote the definitive tutor 'Play Rock Keyboards' and provided the music to countless stage and TV productions. You can find full details of his current and past projects at dewievansmusic.com