The Enthralling Moods of Pearl Necklace (2007) 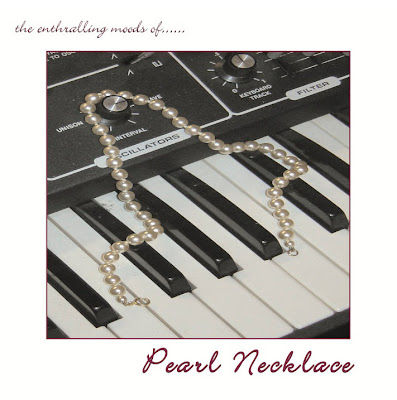 Comprising ex-Lungs and Glaring Green bassist Tim Parry and solo legend and ex-Cut Tunes / Glaring Green keyboard wizard Stephen Davies, Pearl Necklace are a pub covers duo like no other. Although playing the regular pub entertainment scene around the Bangor area with their traditional guitar / keyboards / backing rhythm format, the duo's repertoire includes works from such unlikely sources as Nick Cave, Joy Division, Black Sabbath, Lou Reed and Suicide. On one occasion, they even performed an entire set of covers of songs by local groups from the past, many of who we've featured here at Turquoise Coal, such as Cut Tunes, A Silly Tree, The Lungs and The Kaseo Kid!

The duo can be seen live in action, performing a selection of Nick Cave numbers at the Bulkeley Hotel, Menai Bridge in 2007 on YouTube here, here and here. 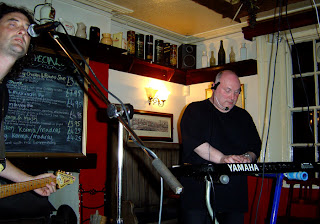 Below we bring you a mere selection of twelve songs from their extensive repertoire, which were released as the limited edition CD The Enthralling Sounds of Pearl Necklace back in 2007. Unlike most of the groups featured on the blog, the duo are still going strong, so keep an eye out for them at your local pub if you live in the north Wales area! 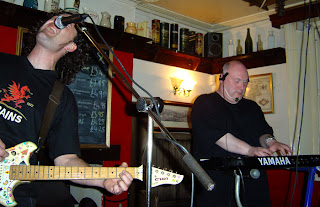